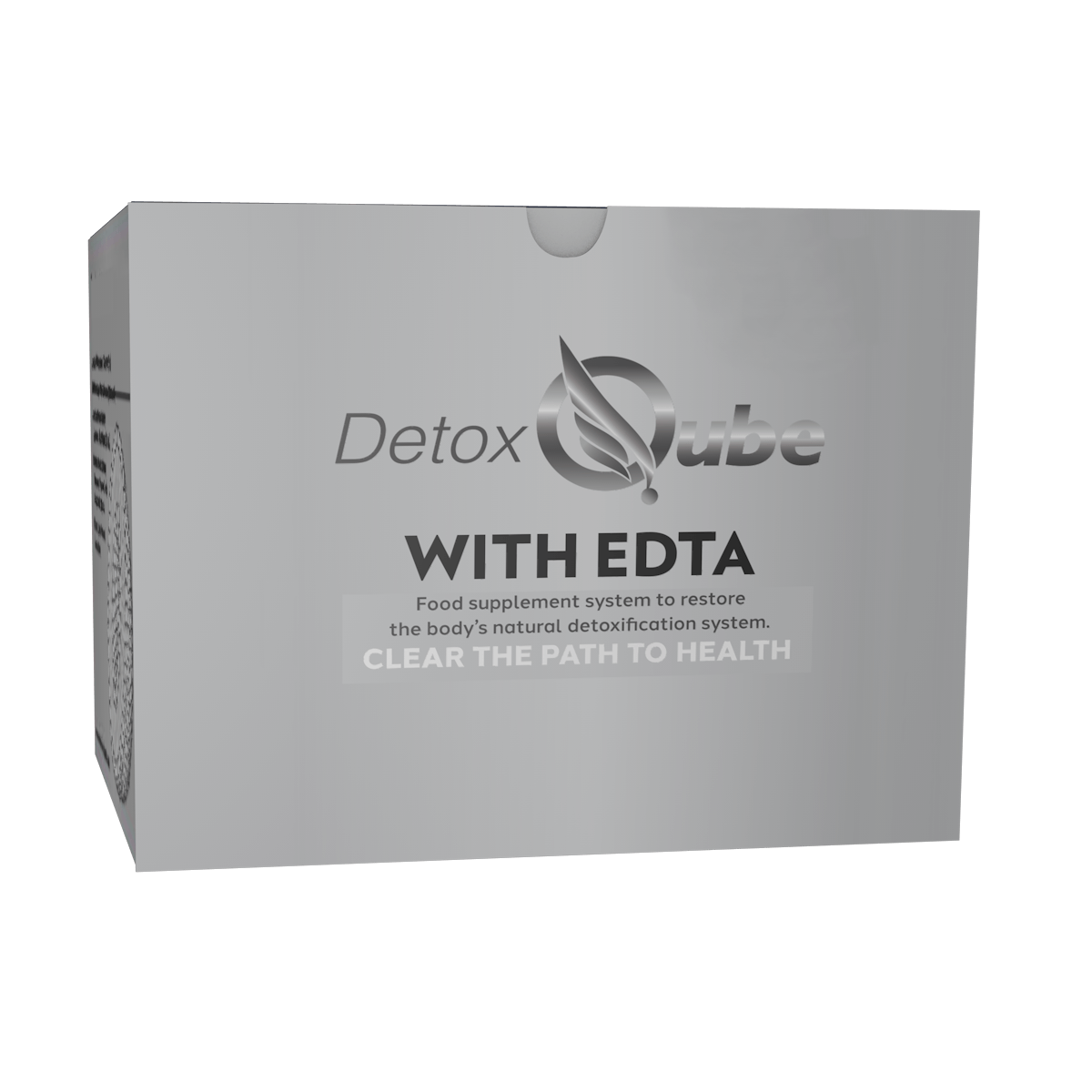 The Detox Qube® with EDTA

**Please note: this protocol contains product that must be stored in the refrigerator

This metal-focused Detox Qube® adds the chelating power of Liposomal EDTA with R-Lipoic acid to the already powerful quartet of formulas that comprise the original Detox Qube®.

The Detox Qube® with EDTA supports cellular and systemic elimination of metals and is flexible enough to be used at three different levels of intensity. This Qube®facilitates the body’s natural cleansing process with a proprietary medley of cutting-edge phytonutrients, botanicals, and cellular supports. By adding an EDTA-focused product, this Qube® heightens the capture and transport of metals.

The most unique feature of all Detox Qubes® is the proprietary blend of phytonutrients that support and strengthen the glutathione supersystem. Your glutathione supersystem facilitates your body’s natural cleansing processes, which flush out and neutralize harmful substances and environmental contaminants from tissue and cells. By offering multiple supports to the glutathione system, each cell’s antioxidant status and health can be protected and maintained. Cells can eliminate waste efficiently, and binders can then intercept and capture harmful compounds, ensuring effective and complete elimination from the body.

The process of heavy metal detoxification also requires a binder with high affinity for metals, one which supports the capture of the metals EDTA has mobilized and glutathione has bound. These compounds can be emptied by the bile into the gut and captured there by binders, helping to ensure comprehensive elimination from the body.

*These statements have not been evaluated by the Food and Drug Administration. This product is not intended to diagnose, treat, cure, or prevent any disease. If pregnant, consult a physician before use.